We report a rare case of eccrine porocarcinoma (EPC) in a 65 year old male patient. EPC arises from the intraepidermal portion of the eccrine sweat glands (acrosyringium). Previously the tumour was known as eccrine adenocarcinoma or malignant eccrine poroma with incidence predominantly in extreme of old age. The tumour arises most commonly on hands and feet. Rare sites like scalp, face, penis and abdomen are also reported in the literature. The distinction of porocarcinoma and basal cell carcinoma can be a diagnostic dilemma on a superficial biopsy. The histological features of high mitotic rate, tumour depth and lymphovascular invasion are bad prognostic markers. Immunohistochemistry for CK15, CK7, epithelial membrane antigen (EMA) and estrogen confirmed the diagnosis of EPC. This tumour is preferably treated with Moh’s surgery though few cases of metastasis are reported.DOI:10.21276/APALM.1713

5) Chang O, Elnawawi A, Rimpel B, Asarian A, Chaudhry N. Eccrine porocarcinoma of the lower extremity: A case report and review of literature. World Journal of Surgical Oncology. 2011;9:94. 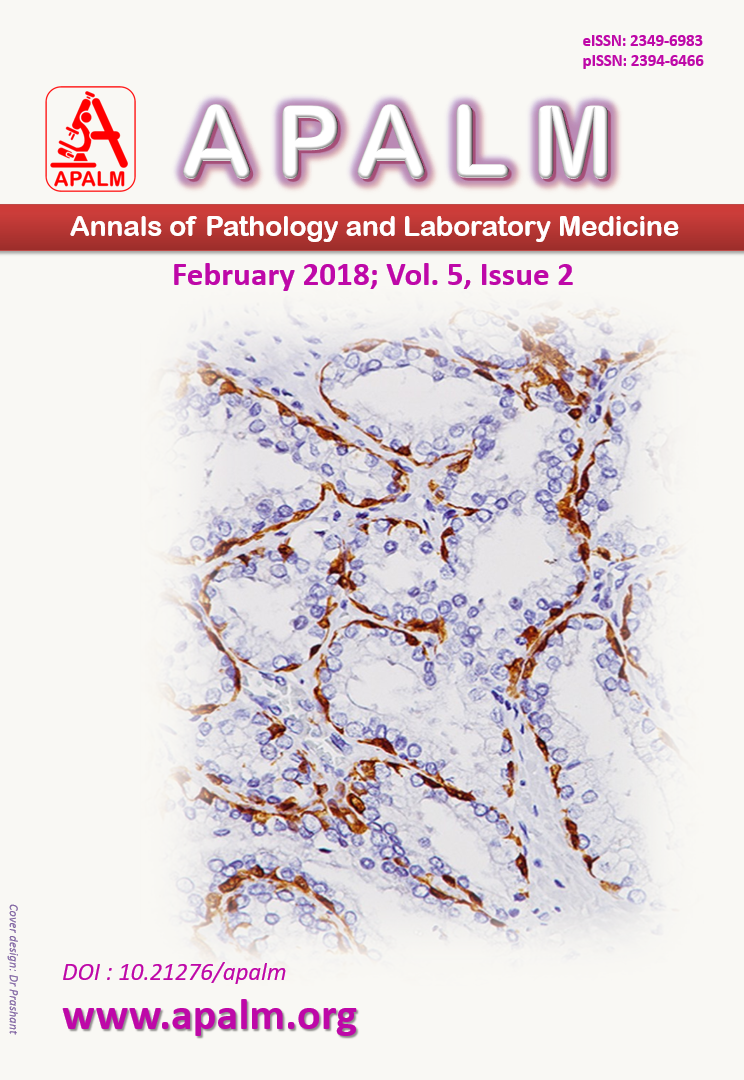