Introduction: Cystic partially differentiated nephroblastoma(CPDN) is a rare tumour of infancy which is considered to be a low risk malignant neoplasm. It has a favourable outcome as compared to classical Wilms tumor.Case history: A 10 month old male child presented with abdominal lump of two months duration. Ultrasound abdomen revealed a cystic mass involving most of the left kidney.  After nephrectomy we received a specimen of kidney measuring 7x6x5 cms. Multiple cystic areas were seen along with areas of hemorrhage and a narrow rim of normal kidney.On microscopy, multiple cysts of varying sizes were seen lined by cuboidal, flattened, eosinophilic and hobnail cells. The septa were relatively thick containing bland spindle cells  with few foci of blastemal cells .A diagnosis of cystic partially differentiated nephroblastoma was made.Conclusion: CPDN is a rare variant of Wilms tumor with a favorable prognosis. Histopathologic examination helps to differentiate it from other cystic lesions of the kidney and is of therapeutic importance. 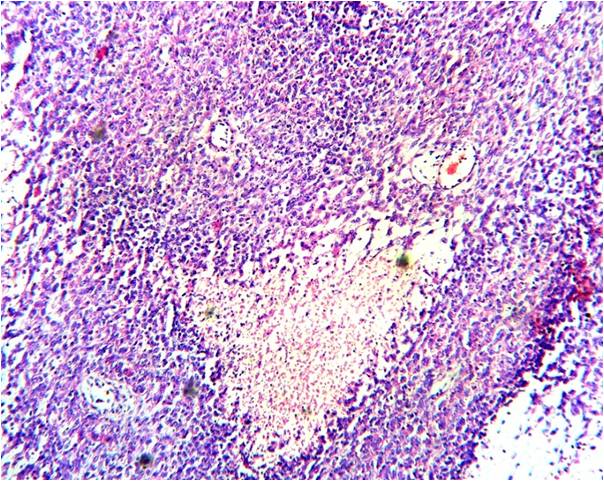