Solitary Fibrous Tumour of the Prostate with Ossification: A rare Case Report

Solitary fibrous tumour (SFT) is a tumour of fibroblastic origin with characteristic histopathological and immunohistochemical features. Initially described in the pleura, it has now been described in various extrapleural locations including soft tissues and different organs.It is very rare in the prostate with only approximately 30 cases have been described in the literature mostly as case reports. It presents as slowly growing painless mass in the prostate with associated urinary symptoms.  Radiologically andclinically it mimics prostatic adenocarcinoma. We report a case of 62 year male patient presenting with obstructive urinary symptoms. Computed tomography imaging suggested a prostatic origin. A trucut biopsy and immunohistochemistry was done which showed features of solitary fibrous tumour which was confirmed on subsequent radical cystoprostatectomy. We review the literature and discuss the challenging issues of misdiagnosis and prognosis. 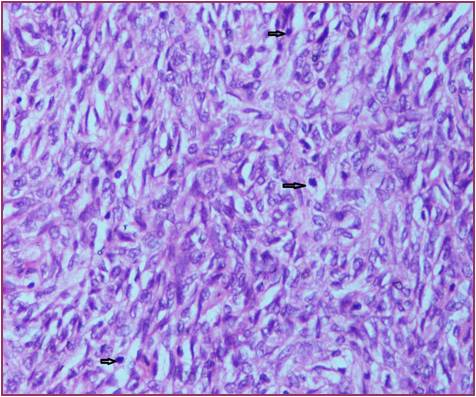