Primary adenoid cystic carcinoma (ACC) of lung is a rare tumor, and probably accounts for 0.04-0.2% of all primary pulmonary tumors. It was formerly referred to as bronchial adenoma implying a benign glandular neoplasm. However, it is now considered to be a low-grade bronchial carcinoma. Pulmonary ACC usually arise in the proximal tracheobronchial tree, and are regarded as a slowly growing tumor.A 20 year female was admitted with complain of cough without expectoration, weight loss, fever and anorexia since 20 days. In Ultrasound Sonography (USG) approx. 10x7 cm in size of well defined mixed echogenic lesion was noted at left upper zone. USG guided Fine Needle Aspiration Cytology was done. Cytopathology was suggesting of primary adenoid cystic carcinoma of lung. Fine needle aspiration cytology is simple method and useful in pre-operative diagnosis. However, diagnosis of adenoid cystic carcinoma of lung is difficult by cytologically. So, it is confirmed by histolopathological study. 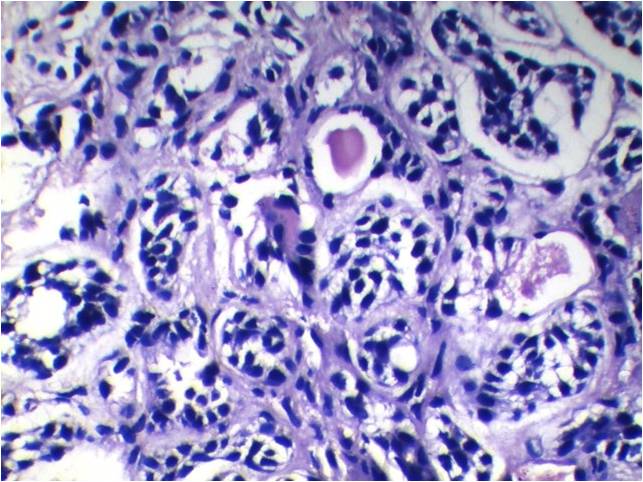