Background: The revised Bethesda System of reporting Pap smears in addition to defining the diagnostic categories also develops criteria for determining the adequacy and quality of Pap smears.Methods: The present retrospective and prospective study was conducted in department of pathology after approval from institutional ethics committee which included retrospective cases from 2007 to 2009 and prospective cases from 2010 to 2011. Prospective cervical smears were stained by using Papanicolaou stain. After staining, slides were mounted, screened and reported by two consultant pathologists by both Conventional system and the 2001 Bethesda system. Smears which were already reported by the Conventional system were also reviewed retrospectively by the 2001 Bethesda system. Cytohistopathologic correlation was done wherever available.Result: Results on adequacy of the specimens showed 98.0% smears as satisfactory and 2.0% were found to be unsatisfactory for evaluation. Pap smear reporting by both the systems showed similar number of cases with inflammatory findings. 18.3% premalignant lesions were reported by the Conventional system but it was significantly higher (31.8%) when reviewed by the Bethesda system. Numbers of malignant lesions were found similar by both systems i.e. 3.6%.Conclusion: Reporting should be done by the Bethesda System as it improves producibility and helps in diagnose of various intraepithelial lesions and invasive lesions at an early stage and helps to manage them properly. DOI: 10.21276/APALM.987 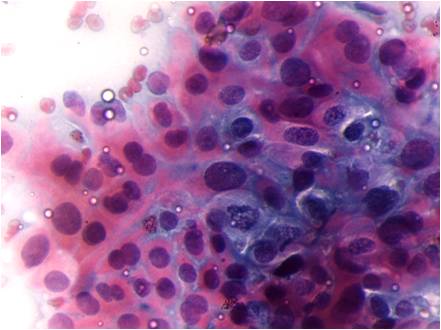