OBJECTIVES: To Study and analyse  uterine artery Doppler Resistance index as predictor of Hypertensive disorders in pregnancy at 18 to 22 weeks METHODS A Longitudinal Prospective observational Study  was done on  274 antenatal mothers attending the outpatient department of Obstetrics & Gynaecology, Rangaraya Medical College, Kakinada from January 2015 to October 2016  in 18 -35 yrs with inclusion criteria.Uterine artery Doppler resistance index (0.58 taken as cut-off) was recorded at 18 -22weeks of gestation. Appropriate statistical tests were performed using SPSS software version 17. Sensitivity, specificity, positive and negative predictive value of the tests was calculated were followed up till term for development of pre-eclampsiaRESULTS The incidence of hypertensive disorders detected in positive Doppler screening was16.2% (n= 44) where as 83.8 % (n = 230) of the study subjects were not hypertensive. Majority of the cases (67%) were found to have Mild preeclampsia (n =29) followed by severe preeclampsia in 17 % of cases (n = 7) and 8% of cases developed eclampsia and also 8% developed gestational hypertension (n = 4). 217 (79.2%) of the study participants were found to be having RI ≤ 0.58. Uterine artery Resistance Index as a predictor of hypertension has a sensitivity of 88.64% specificity of 92.17% positive predictive value of 68.42%, negative predictive value of 97.7% and diagnostic accuracy was 91.6%, this association is also found to be  significant [p = 0.000 ( < 0.05)].CONCLUSION The present study concluded uterine artery resistance index as a better test in prediction of hypertension in pregnancy to prevent or reduce maternal as well as perinatal morbidity and mortality. DOI: 10.21276/awch.2017.1241 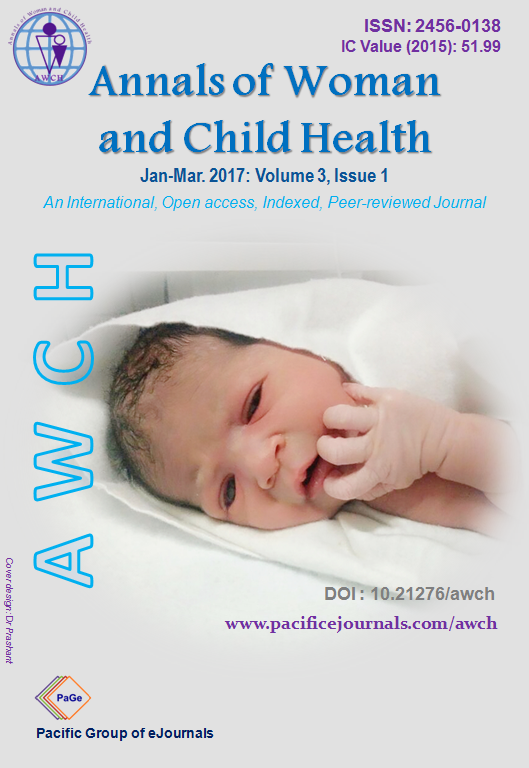