Clear cell sarcoma (CCS) of the soft tissue is an extremely rare malignant tumor which was first described by Dr Franz M Enzinger in 1965. Soft tissue sarcomas comprise only 1% of malignant tumors and clear cell sarcoma is the rarest among these. It is closely associated with tendons, aponeurosis and fascial structures of extremities. Histomorphologically and immunohistochemically it resembles amelanotic melanoma and was earlier called as malignant melanoma of soft parts. But it is a unique soft tissue tumour with uninvolved overlying skin and characteristic chromosomal translocation. The characteristic histopathological features along with immunohistochemical positivity for S-100p, Melan-A and HMB-45 help in differentiation of this tumour from other lesions like fibrosarcoma and MPNST. The common site of metastasis includes lymph nodes, lungs, skin, liver, heart and brain.  We present a rare case of an 18-year-old boy with clear cell sarcoma of right knee, which had lymph node metastasis at presentation and found to have bone marrow metastasis during the course of the disease. DOI: 10.21276/apalm.2017.1107 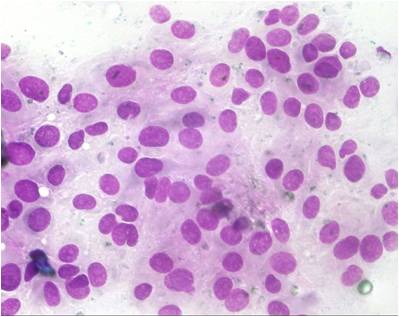