Background: Lymph node is affected by various types of lesions, both non-neoplastic (inflammatory) or neoplastic. Due to non-specific symptoms, the clinical diagnosis are usually delayed thus lymph node biopsy is mandatory to arrive at specific diagnosis for appropriate management.Objective: 1) To study the spectrum of lymph node pathology with clinical correlation.2) To study the different histological patterns of lymph node lesions and classify them into major categories.Material and Methods: The present study was a prospective observational type of study and included 331 patients who presented with lymph node enlargement in a tertiary care hospital over a period of 3 years from Jan 2013 to Dec 2015. Detailed clinical history was noted. The specimens were routinely processed and stained by Haematoxylin and eosin. Special stains along with immunohistochemistry were done whenever required.Result: A total of 331 lymph node biopsies were studied. Age distribution varied from 4 to 81 years with male to female ratio of 1:1.4. Non –neoplastic lesions comprised of maximum cases (80.06%) while neoplastic lesion were present in (19.93%) cases. Reactive lymphadenitis was the predominant non-neoplastic finding followed by granulomatous lymphadenitis. Neoplastic lesions were included 3.61% cases of lymphoma and 16.31% cases of metastatic lesions.Conclusion: Lymphadenopathy is not uncommon in our region so lymph node biopsy is an important tool for early diagnostic and prognostic purpose. Reactive lymphadenitis was the most common cause of lymphadenopathy followed by granulomatous lymphadenitis. DOI: 10.21276/APALM.1089 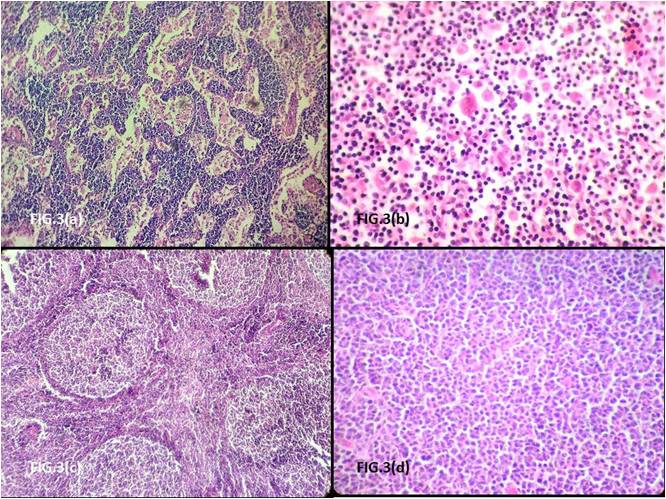